DISCLAIMER: Even though this indie project is not related to S.T.A.L.K.E.R. universe, it is inspired by S.T.A.L.K.E.R. and it is a hardcore single-player survival game set in a post-apocalyptic border zone. Which S.T.A.L.K.E.R. fans will surely appreciate. I feel like the project and the developer behind it deserve every possible promotion and as much exposure as possible considering the healthy and open approach to the development process, which we don’t see often. Also, I’m personally really looking forward to this game.

Road to Vostok is a hardcore single-player survival game set in a post-apocalyptic border zone between Finland and Russia. Survive, loot, plan and prepare your way across the Border Zone and enter the Vostok.

The game is being developed by a solo indie developer from Finland, named Antti. Antti is a former Finnish military’s army lieutenant and a former visual game design teacher in a private school. 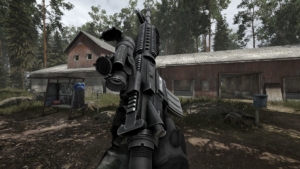 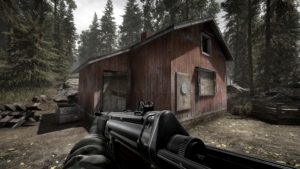 The playable game world is made from individual maps, which are unique areas and based on real-world locations. These maps are connected to each other and each map has a difficulty rating in terms of NPC-AI. The main idea is that when you travel east and towards Vostok, the game will get harder but the loot will get better.

Shelters are safe zones and places to store loot. Shelter are different in terms of size and customization. Shelters are always available to player and most of them are also easy to find. Shelters are the only way to save your game. 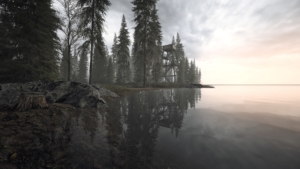 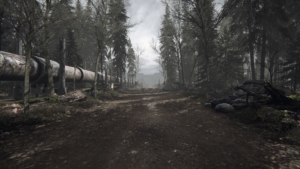 Game world is divided by Border Zone and a physical border. Border can be crossed by using Crossing points which lead you to Vostok. Each of these Crossing points has a unique game mechanic and a certain level of risk associated with them.

Vostok is a dangerous and mysterious zone. The moment you cross the border by using a Crossing Point and enter Vostok, you are inside the permadeath zone. If you die in Vostok, you will lose everything including your shelter items and safe files.

This is a “S.T.A.L.K.E.R. Anomaly” mod fansite. The idea behind it is to collect all the Anomaly related info from Mod DB, Discord, YouTube and display it in one place, in a n00b friendly format. Anomaly news, videos, changelogs, guides, hot addons etc.

Latest in The Zone